Do you Really Need Marketing Automation?

Take the Acid Test Below...

I have been using marketing automation for almost 25 years to rake in millions of dollars that would have otherwise been lost forever.

Does every business need marketing automation? No. But most businesses do.

There are two common types of automation to take advantage of:

Here's a quick acid test to determine if your business can benefit from marketing automation:

If you answered 'yes' to any of the above, you can benefit from marketing automation. I'm not trying to be clever with those questions. I know they are common-sense and super-simple, but as I said, most businesses can and should be using marketing automation to increase conversions.

Prospects who are not ready to buy tend to fall between the cracks and get forgotten. This costs businesses millions of dollars per year. The marketing community has come to understand that the mere act of staying in touch increases sales. Why? Because people would rather do business with people they know. If you don't stay in touch, they don't 'know' you.

In the early 90's I developed one of the first marketing automation tools in the world, a piece of software called 'Cyclone'. It was software which automated the sending of personalized, segmented follow-up messages through the mail (this was before the era of email).

Automation is a life-saver for: 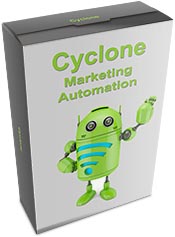 In my early consulting projects of the late 80's, it dawned on me that when a prospect wasn't ready to buy, it wasn't worth continually calling them on the phone, which was what a lot of sales books taught back then. I didn't think it was economical nor professional to be constantly bugging people who weren't ready, (unless you were an expert excuse-maker). That's how I dreamed up Cyclone. My Cyclone marketing automation software enabled you to professionally stay in touch with the prospect until they were ready to take the next step. And it did it in a way that was unobtrusive, but still never allowed them to forget about you.

Rather than sending the same message to every person, my Cyclone letters were customized to hit the hot buttons of each individual prospect. This dramatically increased response rates. The software made this possible in a way not commonly available at the time.

The software also enabled a series of letters to be automatically mailed out in a predefined sequence based on set criteria, such as a request for a specific piece of information. In our modern digital age, this is now referred to as an 'autoresponder', which is quite common. Back in the early 90's it was revolutionary.

As results poured in, I quickly became a believer in automated marketing. It is just common sense that we need to stay in touch with our prospects. And of course we must send them information which is relevant to them. But many businesses still do not have any way of staying in touch with prospects who are not ready to buy. This is usually because there is not enough time to organize such an effort. And that's exactly why we need to use automation.

Below is a flow chart of an automated follow-up sequence that would be sent out to people who request pricing.

Now, over 20 years later I am a stronger advocate than ever for marketing automation and rely on it to drive my entire business. After taking two of my companies public, I retired for seven years, so admittedly I got a bit behind the curve of new automation technologies. Not that the principles changed. But the tools certainly did. Cyclone was overtaken by more robust automation tools that leveraged digital communications and greater personalization of the messages.

Automation tools to consider include:

Modern marketing automation tools allow for so much more than simple follow-up. Modern automation tools help guide prospects through complex sales funnels using if/then logic. Example: 'IF' the prospect is not ready to book an appointment 'THEN' put them on our 'stay in touch' sequence using remarketing technology. 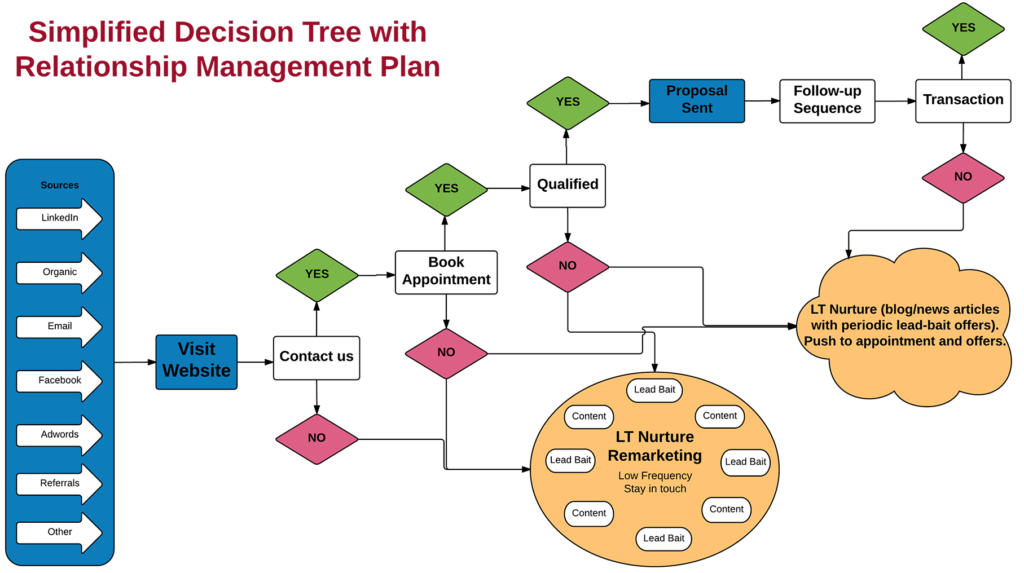 In the above diagram, you see an if/then flow chart. Flow charts such as these are used to plan out your automation needs, determining the precise needs of the relationship management system. When to call, when to send email, when to leave them alone to digest the information you have given them. The best automation programs are those where nothing is left to chance. You must examine the various flows of how prospects come into contact with your company and how they make decisions. It is helpful to have an experienced guide to lead  you through that planning process.

Many years ago I sat on a strategic planning board for Shell Oil where a team of three consultants helped lead the company through redefinition of their retail marketing processes. Each of the three consultants had their own specialty. Mine was relationship management. At the time I was a frequent lecturer on the topic of advanced relationship marketing and since the field was new, I became a go-to resource for companies desiring to upgrade their marketing systems.

Here's my point; Even with Shell's vast internal resources, they still relied on specialists who were external to the company. After all, no one is an expert at everything. Just because someone wears a marketing hat does not mean they instinctively know how to architect an efficient marketing automation system. 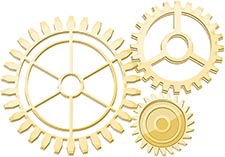 In 2009, when I began to emerge from retirement, I realized I needed to upgrade my skills. I got to work and over the past seven years I have studied and reviewed dozens of new tools, putting them to the test in real marketing environments.

Here's what I discovered; Marketing has become a game of specialization. There are so many tools and platforms out there that it is not possible to be an expert in everything. While the tools themselves are not difficult to learn, the real value is in the accumulative wisdom of thousands of decisions. That only comes from deep experience. I'd like to think that marketing automation is one of my specialties. But now I am no longer alone. There are numerous companies that have built up expertise in this area and if you need help, it isn't difficult to find.

If you'd like some help setting up your marketing automation for your business, you can book a consultation with me. 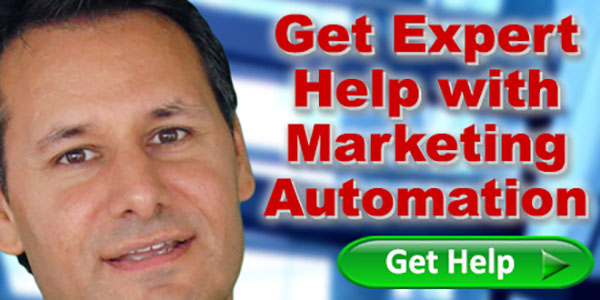